News
You are here: Home / News / Announcements / “The Six” … a new History Channel dramatic series about... 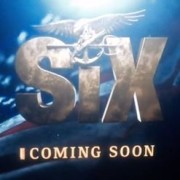 “The Six,” a new dramatic series filmed in Wilmington, NC about the lives, training, and military exploits of SEAL Team Six recently completed its first season.

So what’s the Warrior Trail connection?

So when you see the SEALS in action while watching the series, think Warrior Trail.

And the great news is that there will be a second season!

Want to join the discussion?
Feel free to contribute!